Judges for the 2014 Gold Nugget Awards have named Drewett Works as an Award of Merit winner in its annual competition, which honors architectural design and planning excellence and draws entries from throughout the United States and internationally.

Chosen from the elite pool of Merit Award winners, Grand Awards were announced on June 26, 2014 as a feature highlight of PCBC®, the nation’s largest regional conference and trade show for the real estate development field. 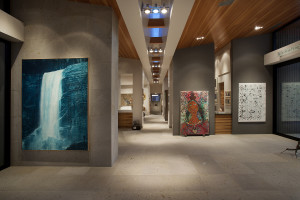 Located in Scottsdale, AZ, “Desert Modern | Art Collector’s Abode” not only captures the vistas of the surrounding desert, but also provides viewing spaces for the fantastic art collection housed within its walls. The desert modern has primary views from the southwest. Protecting the interior spaces from the southwest sun while making the primary views available was the greatest challenge of the design. The views were very calculated and carefully managed. Every room needed to not only capture the vistas of the surrounding desert, but also provide viewing spaces for the art collection to be housed within its walls. For more details, see the Gold Nugget Awards website.

“Gold Nugget Award winners reflect our industry’s best, brightest and most innovative architects, planners and builder/developers,” said Judging Chairman and Gold Nugget ceremonies administrator Lisa Parrish. “We applaud them all, and we look forward to our June 26 celebration of Merit and Grand Award winners.” 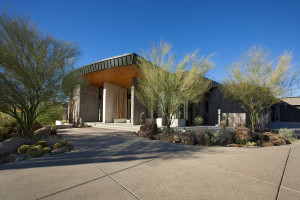 Now in it’s 51st  year, GNA is the largest and most prestigious competition of its kind in the nation. It honors design and planning achievements in community and home design, green-built housing, site planning, commercial, retail, mixed-use development, and specialty housing categories. Winners this year were chosen from 600 entries from around the world.

Gold Nugget Awards — Recognizing those who improve our communities through exceptional concepts in design, planning and development.

Want to see more? Check out these posts.